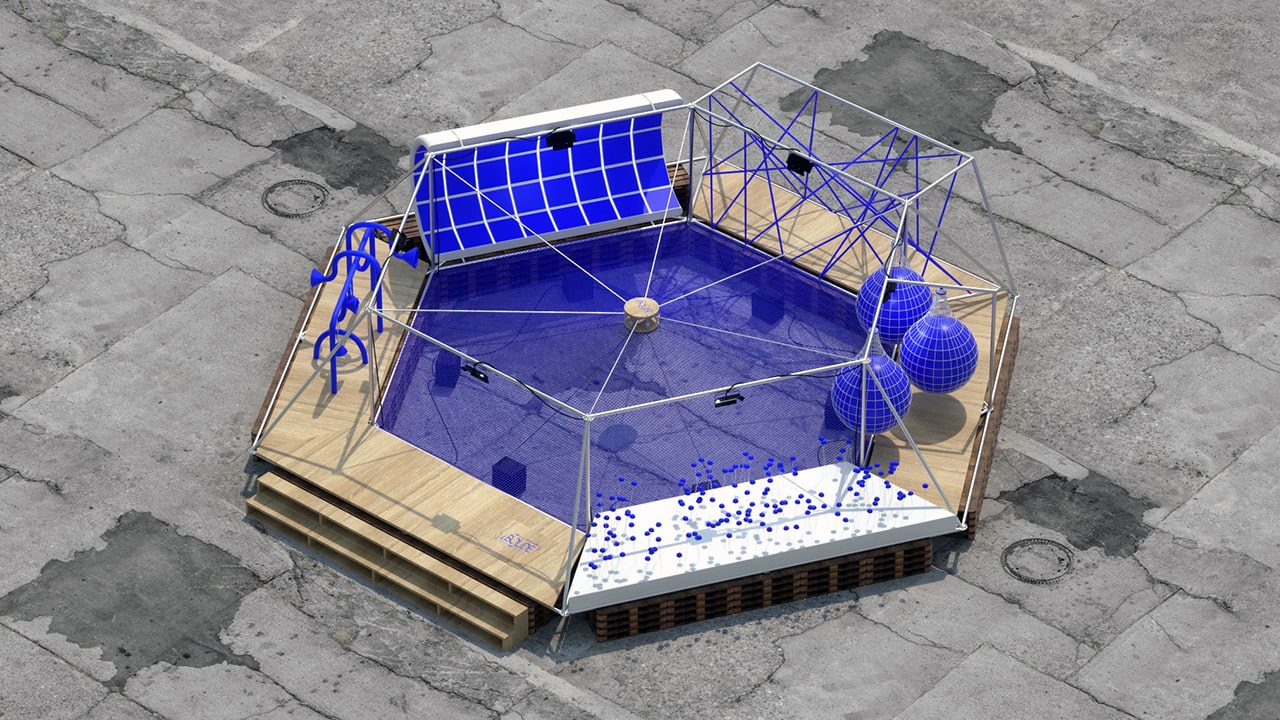 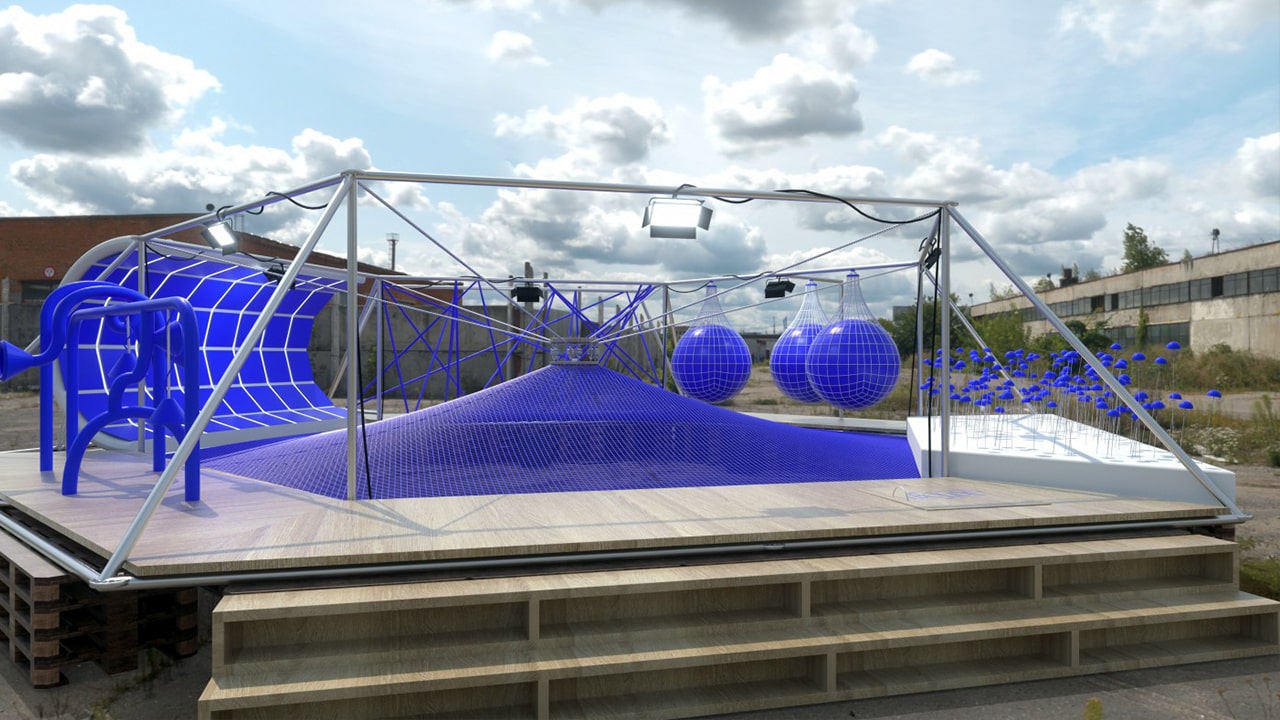 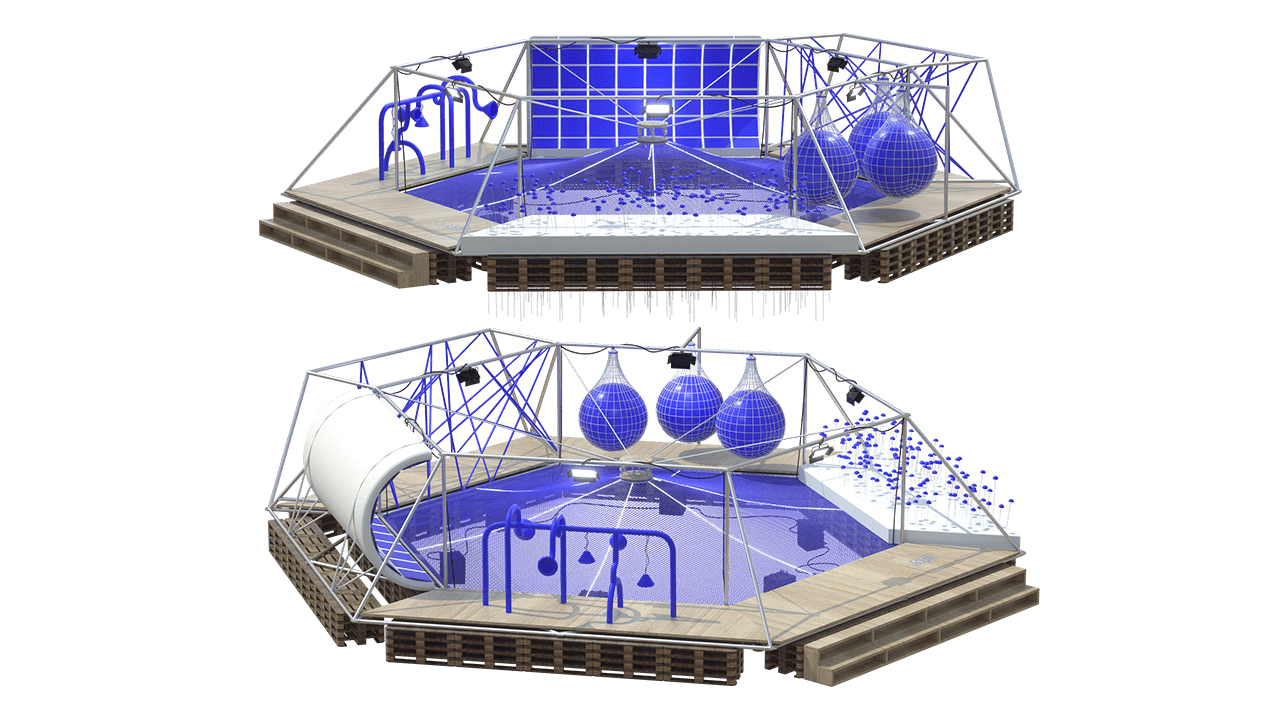 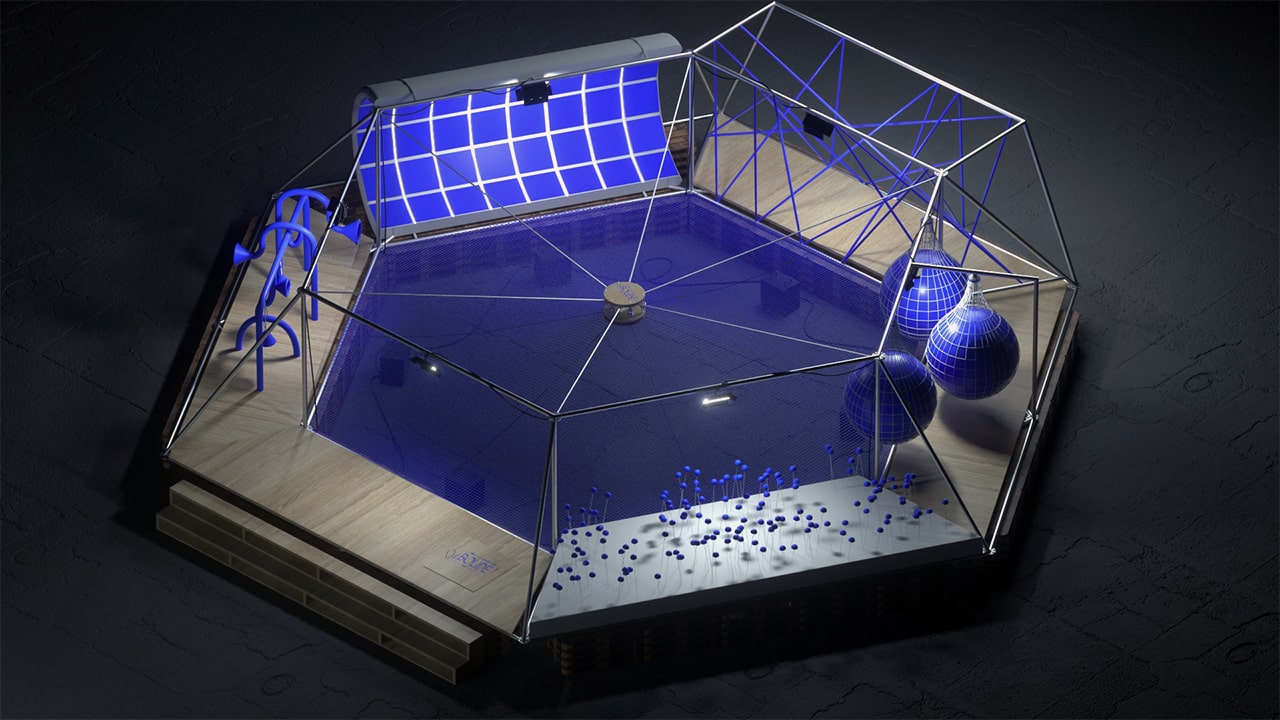 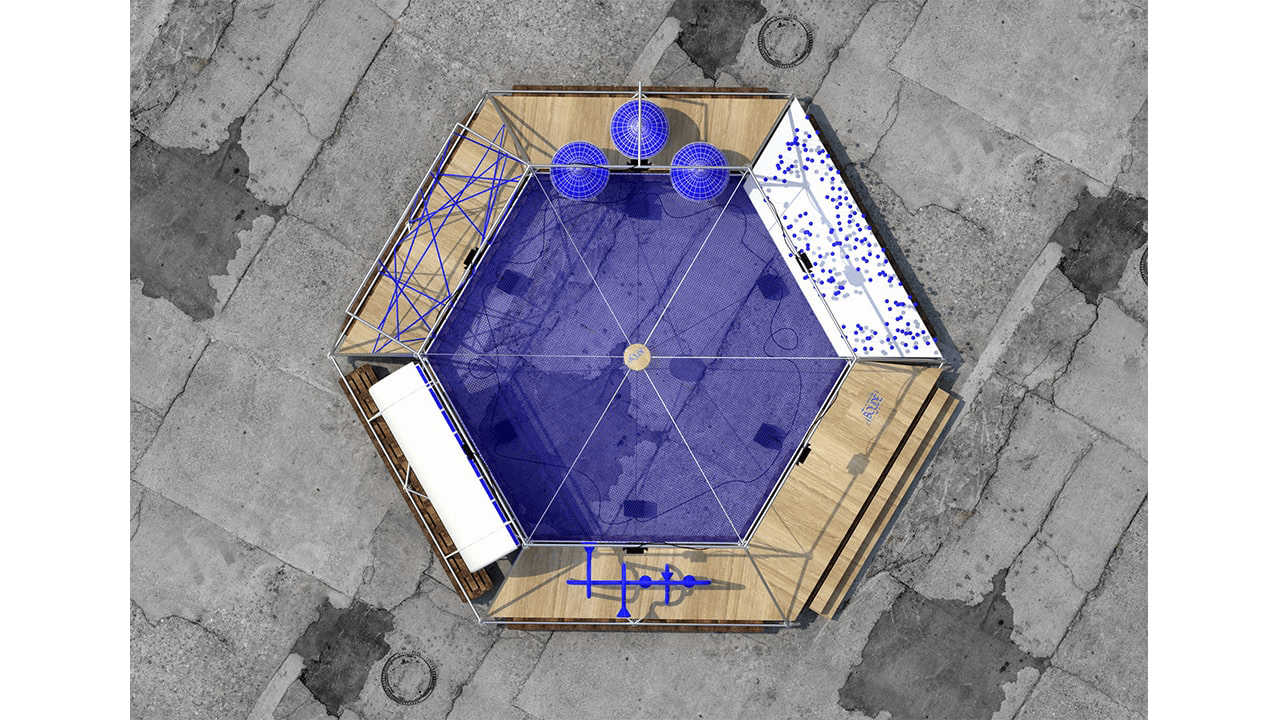 The BOLIDARIUM (2020) is an interactive musical playground. It aims to make a vector for social bonding out of its music. This playground design mixes algorithmic creation and physical interactions to lead a participatory performance as a device for social and musical experimentation. 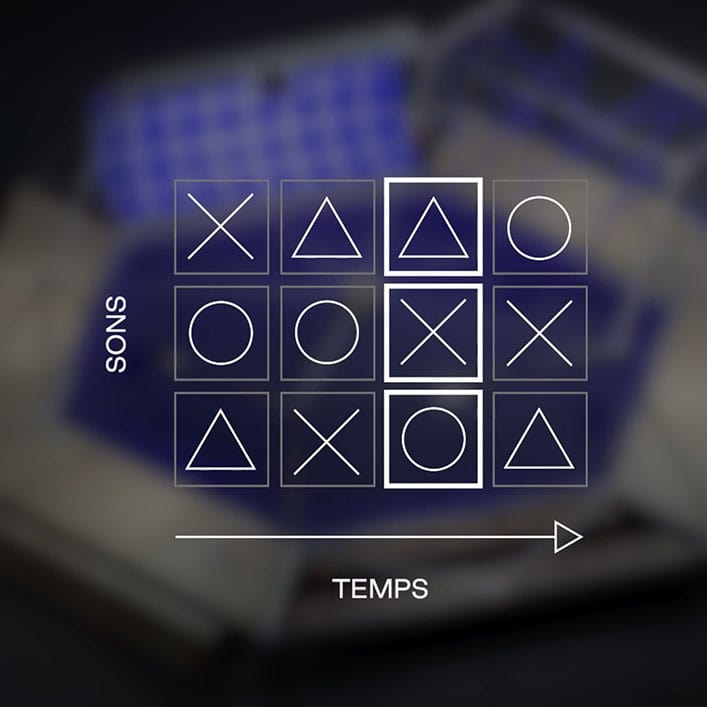 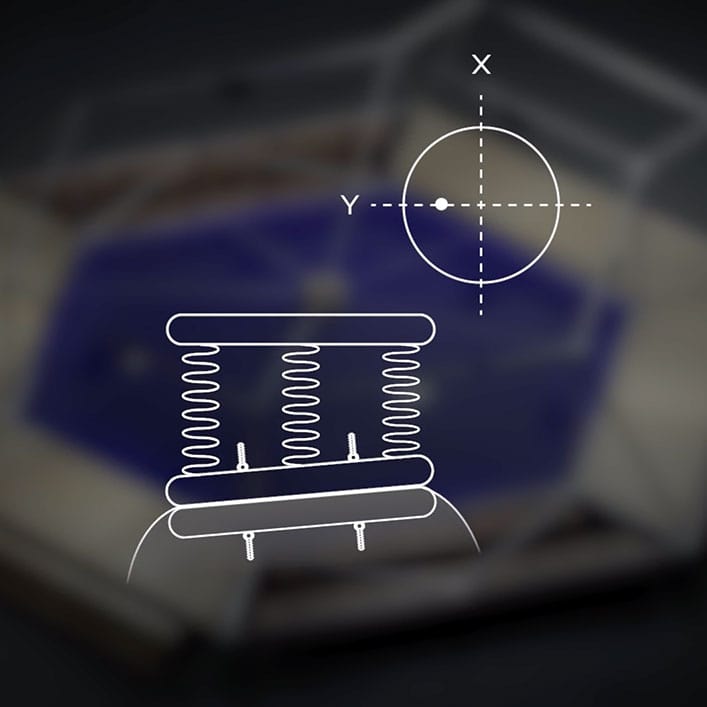 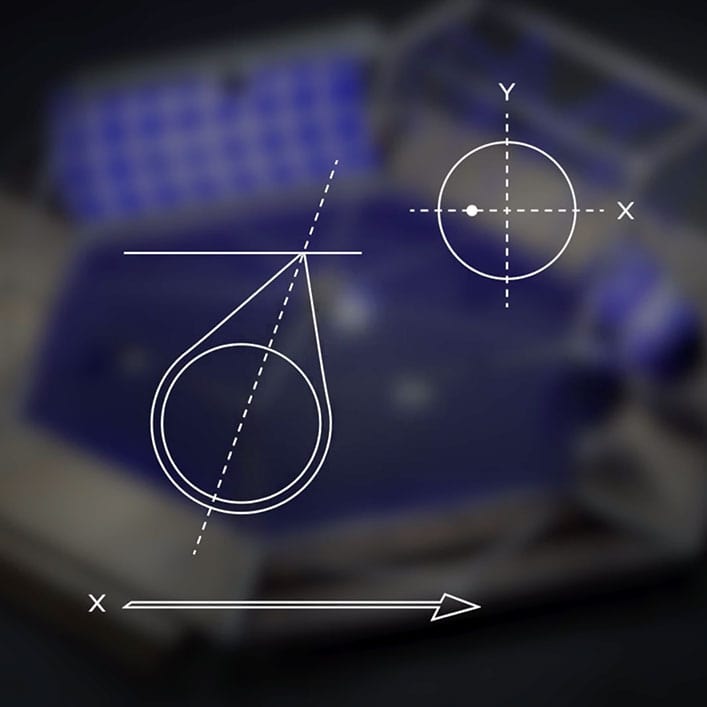 The BOLIDARIUM is composed of five instruments combining physical and digital. Each instrument is determined according to its specific role in the instrumentarium, with its own sounds and interactions: a giant harp (GNGNGN), a participatory sequencer (TSTSTS), a chimes mats (TITITI), microphones in effects tubes (AAAAAH), balls with motion sensors as basses (WOWOWO) and an interactive net generating the ambient sound in the installation center (VVVVVV).

As digital technology tends to pre-compose the interactive experience, the BOLIDARIUM aims to offer a margin of freedom and expressiveness to its participants. 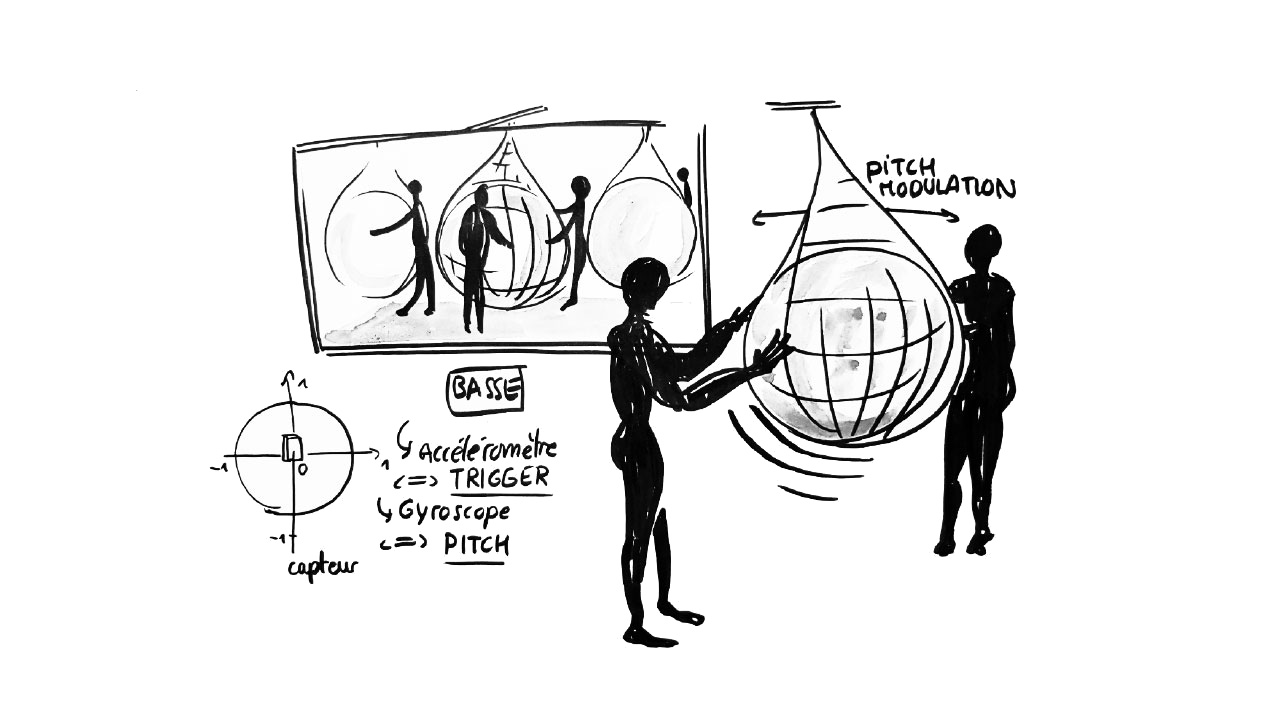 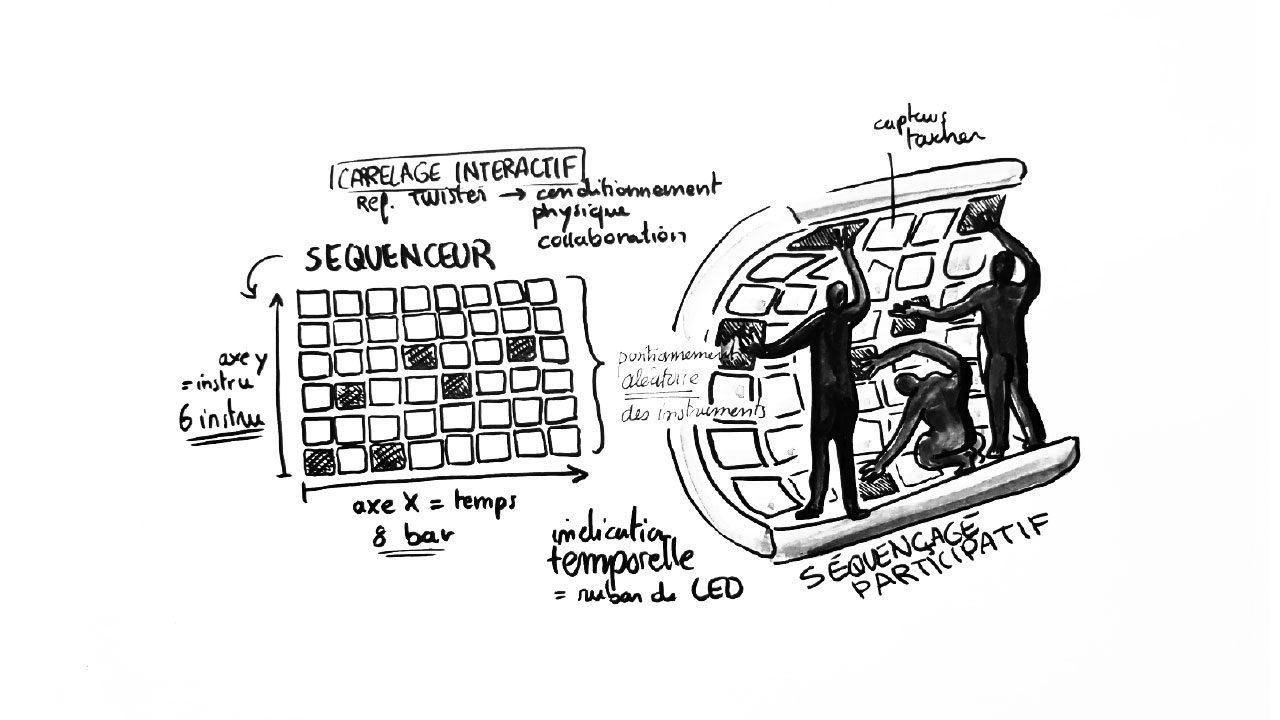 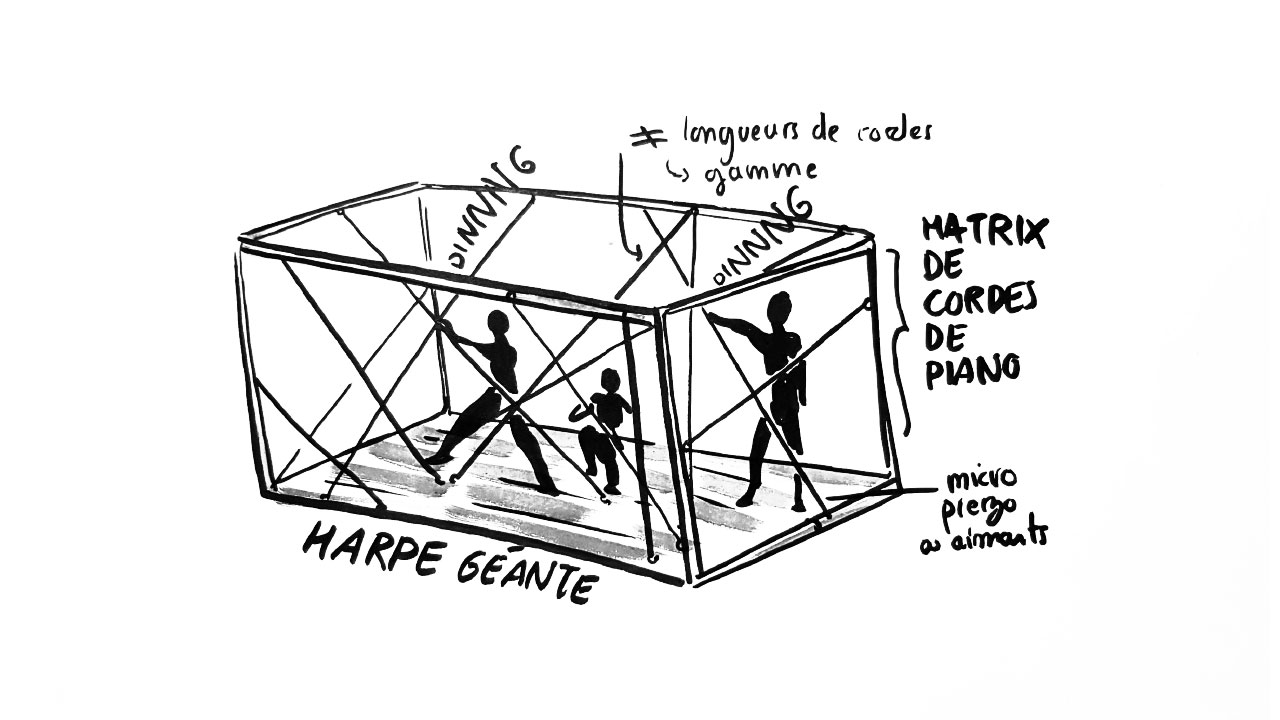 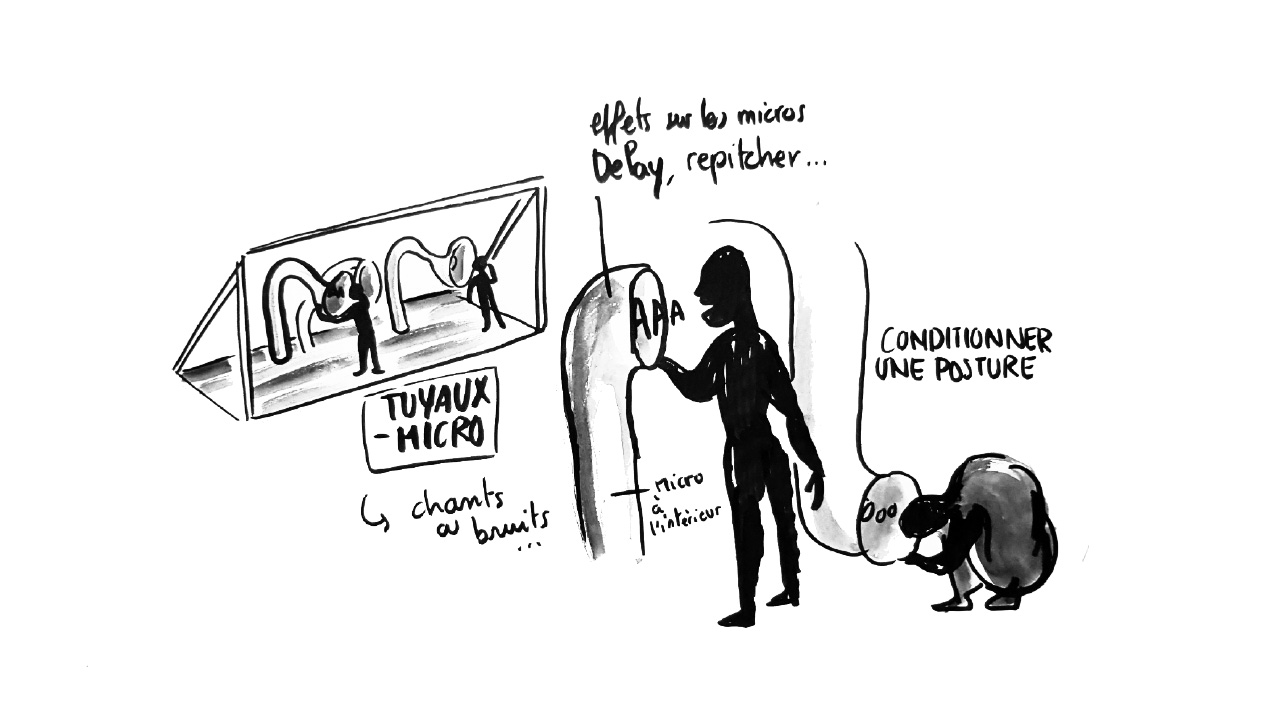 The BOLIDARIUM manifests a vision in which music is a space for collective play and performance.
It invites to explore a relationship between space, shapes and sounds in a participatory space in order to de-individualize the musical experience.

The project refer to the concept of "musicking", theorised by Christopher Small : "The act of musicking establishes in the place where it is happening a set of relationships, and it is in those relationships that the meaning of the act lies. They are to be found not only between those organized sounds which are conventionally thought of as being the stuff of musical meaning but also between the people who are taking part, in whatever capacity, in the performance; and they model, or stand as metaphor for, ideal relationships as the participants in the performance imagine them to be [...]". (C. Small, Music, Society, Education, 1977) 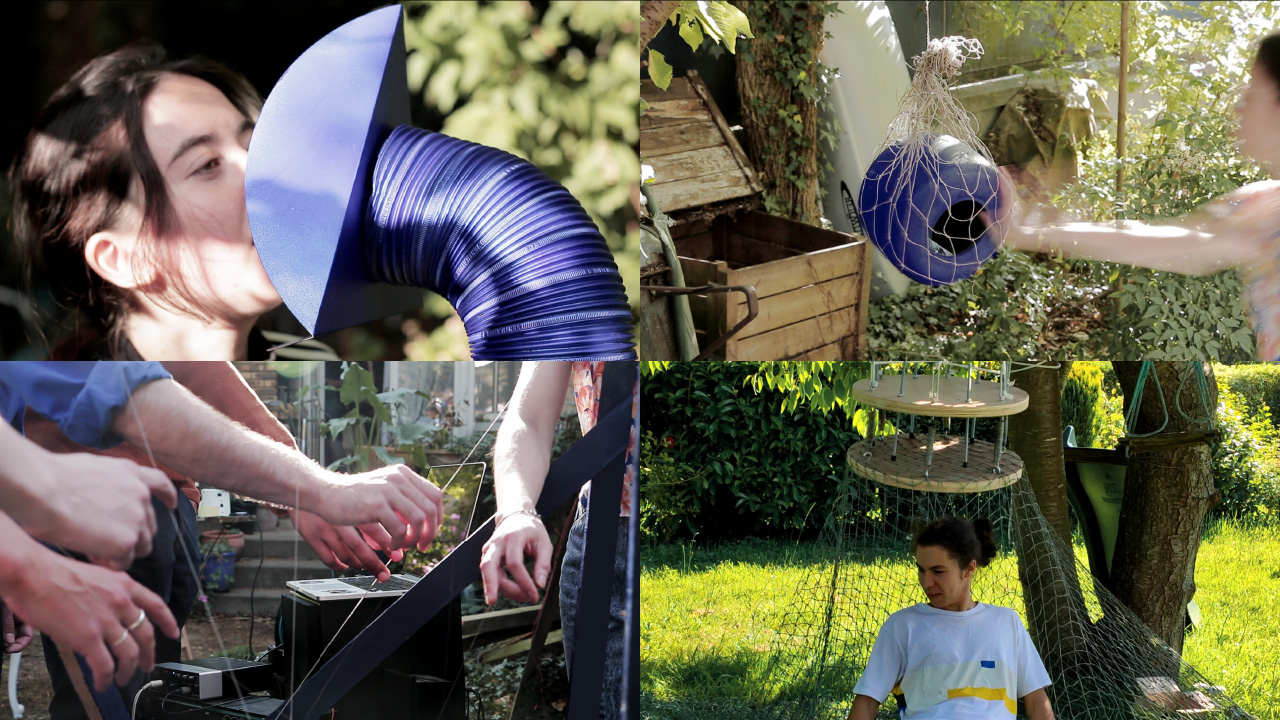 Project made in BOLIDE 🏁